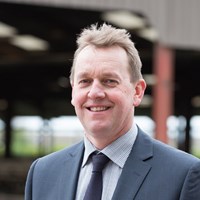 David, who is a fourth-generation farmer, has judged at a large number of shows throughout the UK and previous appointments include the All Breeds All Britain Calf Show in 2014, Balmoral Show in 2017 and the Royal Welsh Show in 2018. David has also utilised the show ring as a way to promote his herd and notable achievements include Feizor Elude A Rapture representing Great Britain at the All European Championships in Libramont as well as having Champions at the National Holstein Show in 2003 with milking heifer Shanael Gelpro Melody, the Royal Show in 2005 with Cleevale Storm Meggie, the Northern Expo in 2012 with Feizor Shottle L Melody, and the All Breeds All Britain Calf Show in 2011 with Feizor Jordan S Flo 2.. Read more 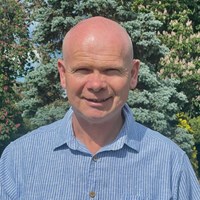 John farms in County Antrim milking 115 pedigree Ayrshire cows under the Ravenhill prefix. They average 8,000 litres at 4.01 butter fat and 3.40 protein and currently have 41 Ex and 43 Vg cows in the herd. John is proud that the herd has won Balmoral Show on an impressive 30 occasions. John has previously enjoyed judging at the Royal Cornwall, Royal Welsh, Royal Highland, Dairy Event, Cheshire, Great Yorkshire, Welsh Dairy Show, South-West Dairy Show as well as the National Shows in Finland and Sweden. 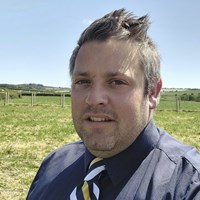 Stuart who farms on the family farm with his parents in Camrose, Pembrokeshire would normally run a milking herd of 180 Pedigree Holsteins, Ayrshires and Brown Swiss along with youngstock, under the Willhome prefix. Unfortunately, their milking herd has reduced to 80 in recent years due to losing a large number through bTB. Stuart is married to Vicky and together
they have two daughters, Eva and more recently Ella. As a family they also farm 50 breeding pedigree Welsh sows and have just opened their gates to ‘Willhome Farm Barn’. 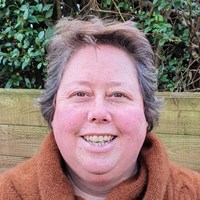 Dawn resides in Cornwall and has a multibreed background in breeding cattle, preparing, showing and training young people. Directly, the Guernsey breed has seen Dawn judge at the national All Breeds All Britain Calf Show, plus at local and county level. The “Lucky Cow” prefix has bred champions of the All Breeds All Britain Calf show and The Dairy Show. Dawn is a real cow admirer, and this appointment is a huge tick on her bucket list! 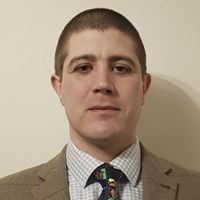 Ben has a small herd of Jerseys under the Moonshine prefix with his wife Ruth and two sons Freddie and Henry. A hand full of these are kept locally at P.G. Walkers in Suffolk and managed by Ben himself. The majority are kept with Charles and Andrew Reader’s, Barnowl Jerseys. Ben started showing calves at the age of nine and for the past 20 years, he has been showing the Moonshine cows and calves at many county shows and dairy shows including UK Dairy Day. Owain comes from a pedigree dairy background, where together with his family they manage the Gelli Dairy Shorthorns and Eola Holstein herds in Carmarthenshire, South Wales. Together with being involved with the farm, Owain works as an International Sales Manager for The Semex Alliance, where he is responsible for working with Semex’s distributors and customers across the world to develop their businesses through genetics.