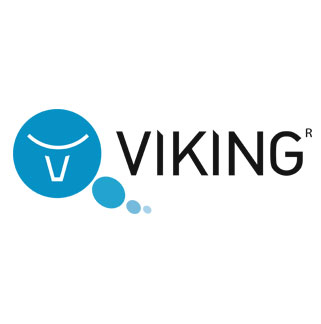 The world’s longest running study comparing crossbred dairy cows with purebred Holsteins has delivered its final conclusions. The study has demonstrated that ProCROSS cattle, which are bred using a three-breed cross of Holstein, Montbeliarde and Viking Red, produce daily profits which are, on average, 9-13% greater than those from a pure Holstein.

The financial advantage of the ProCROSS was demonstrated to come from a range of factors including greater lifetime production of fat plus protein solids, better fertility, fewer health treatments, higher calf and cull values and improved rates of survival.

When production of fat plus protein was converted to a daily basis, the crossbred cattle produced between 1% more for the two-breed crossbreds (Viking Red × Holstein and Montbeliarde × Holstein) and 1% less for the three-breed crossbreds, than their Holstein herdmates.

However, the substantial difference in the crossbreeds’ economic performance stemmed from their lower costs of production. The cost savings were made through significantly lower reproductive costs (eg improved conception rate to first service by up to 8.7%, and up to 17 fewer days open), up to 23% lower health costs (particularly attributable to less mastitis and metabolic disease), and lower feed costs (during both lactation and the dry period).

However, the greatest single contributor to the lower expenses for the ProCROSS cattle came through their lower replacement costs. These, in turn, were explained by almost twice the level of survival to fourth lactation (41%) compared with the Holstein (22%).

Once all income (including milk quality penalties) and costs of production were considered, the two-breed cross made an average additional profit of up to 13% per day more than the Holstein, while the three-breed cross added 9% per day.

The trial, which was undertaken by researchers at the University of Minnesota, was the first to assess the benefits of crossbreeding on such a scale and through such a highly structured breeding programme. Running over the course of 10 years, it has involved participation by around 2,300 ProCROSS and 2,000 Holstein cattle across seven herds. These were high-performance, commercial herds in which animals had the opportunity to express their genetic potential. For each of the three breeds, semen was used from high-ranking proven bulls, corrective breeding was carried out for conformation, and matings were protected against inbreeding. Average production (December 2017) across the herds was 13,587kg milk, 512kg fat and 426kg protein, and each herd surpassed standard benchmarks for the fertility expected of Holsteins.

Professor Les Hansen, who led the research, with participation by Dr Amy Hazel and Professor Bradley Heins, presented the findings to journalists and dairymen from 11 European countries in July.

Speaking on 2nd July during the ProCROSS Summit 2019, hosted by Koole & Liebregts BV, (the official ProCROSS distributor in the Netherlands), he said: “The improved performance of the crossbred cattle resulted from a combination of hybrid vigour (or heterosis) – which gives the outcrossed animal better performance than the average of its parents – and the choice of breeds selected for the ProCROSS programme.

“The genetic effects contributed by each breed are complementary, each conferring attributes which balance another,” he continued. “For example, the Holstein brings production and udder traits; the Montbeliarde brings fertility, body condition and strength; and the Viking Red – itself an amalgam of the Swedish Red, Finnish Ayrshire, and Danish Red breeding programmes – brings calving traits, udder health and fertility.”

Motivating the research was said to be concern for the breeding direction in the Holstein and its dominance of international dairying.

Describing the breed as ‘almost a monoculture for milk production globally’, he said: “The Holstein industry has been tremendously successful in selection for milk production over the past 40 years but it has also selected strongly for larger body size and more angularity.

“Since all three of these traits have genetic antagonism with fertility, health and survival, the breed has experienced a rapid decline in these functional traits.”

Furthermore, he said the level of inbreeding at over 8% in US Holstein females born in early 2019 was ‘unsustainable’, and continues to increase at an annual rate approaching 0.4%.

“This causes inbreeding depression – the opposite effect to hybrid vigour – which silently steals profit from dairy producers, particularly in traits which are not readily noticeable such as embryo loss, disease resistance and survival,” he said.

Sara Wiklert Petersson, Chief Sales Officer  from VikingGenetics, one of the partners in the ProCROSS programme which is a joint collaboration with Coopex Montbeliarde, praised the long-term commitment, the stringent oversight of the breeding programme and the ambition of the study undertaken by the team at the University of Minnesota and the participating farms.

“The study has officially confirmed what dairy farmers using ProCROSS around the world already knew – that these cattle are easier to manage and cost less to keep for the same level of performance,” she added.

Stéphane Fitamant, Managing Director for ProCROSS, concurred, and added: “We have heard the anecdotal evidence and witnessed the performance of the ProCROSS on farms for many years, but now we have the scientific documentation to back this up.

“Holstein producers frequently ask what breed they should use after they’ve made their first cross and this research demonstrates that the three breeds in the ProCROSS programme will maintain the commercial qualities they want and high levels of hybrid vigour, maintained at 86% in this three-breed programme, in perpetuity.”

Professor Hansen remarked that further benefits were expected to have become apparent if individual cow feed intakes had been monitored during the 10-year trial and factored into the calculations. He based this assertion on complementary research presented at the ProCROSS Summit 2018, which demonstrated that ProCROSS cows produced 8% more milk solids than the Holstein, per kilogram of dry matter intake (B N Shonka-Martin et al*).

Outlining further planned research at the University of Minnesota, he said this would investigate performance of the ProCROSS on a high fibre, low starch ration in comparison with the Holstein.

Concluding that all other livestock species exploit hybrid vigour in their commercial breeding programmes, he said: “Dairy cows are the lone exception but that is going to be changing.”