Completing the final line up at year’s UK Dairy Day cattle show are the judges for the Dairy Shorthorn, Guernsey and Jersey classes who will be casting their professional eyes over breeds during the 6th annual event on Wednesday 11th September at the International Centre in Telford.

The final three judges will include:

Seimon Thomas – Dairy Shorthorn
Seimon milks 700 dairy shorthorns in West Wales on the family farm with his wife Eleanor and two children, Sion and Hanna. He is very proud to of judged at all four Royal Shows as well as the Interbreed at the Great Yorkshire Show. Seimon is currently president of the Dairy Shorthorn Society and the Royal Welsh Agricultural Society for 2019. 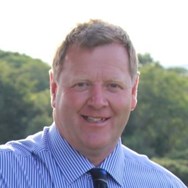 Colin Gleed – Guernsey Judge
Colin is a former President of the English Guernsey Cattle Society and has been on their judging panel since 1993, in that time judging over 60 shows. Previously herdsman at the noted Painswick and Sunninghill Park Herds, Colin now works in processing and distribution of milk for the Beechgroves herd at Bolter End Farm, High Wycombe. 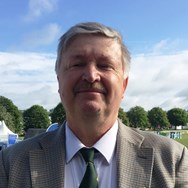 Matt Pye – Jersey
Matthew farms in partnership with his parents and sister in the Lune Valley in Lancashire. They currently milk 300 pedigree Jersey’s under the Bayview prefix, along with 250 youngstock.  With Bayview Jerseys, Matthew is a regular competitor at Westmorland County Show. In his judging career, Mathew has enjoyed judging several herd competitions across the UK, along with a variety of Agricultural shows including The Royal Norfolk Show, Royal Bath & West Show and many regional shows. 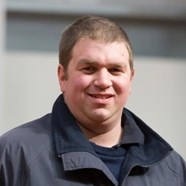 Alongside the coloured breed classes, UK Dairy Day will host the National Shows for Brown Swiss, Ayrshire and Holstein.  Like previous years the cattle show will take centre stage in Hall 2 offering visitors, media and the dairy industry a spectacular display of show cattle competing for a prize fund of over £25,000.  All the classes will run throughout the whole day with heifer classes in the morning following by all senior classes in the afternoon.  The Interbreed Pair heifer championship will be presented at lunchtime followed by Interbreed Pair Senior Championship late afternoon and the show will close with the Overall Interbreed Dairy Pairs.

UK Dairy Day Cattle Show Manager and Chief Steward, Lynden Bustard, comments;  “Last year’s UK Dairy Day saw a fantastic display of coloured breeds and I have no doubt this year will be even better. The cattle show presents an excellent opportunity for breeders to show their cattle in a professional and competitive environment under the professional eye of an excellent judging panel”.