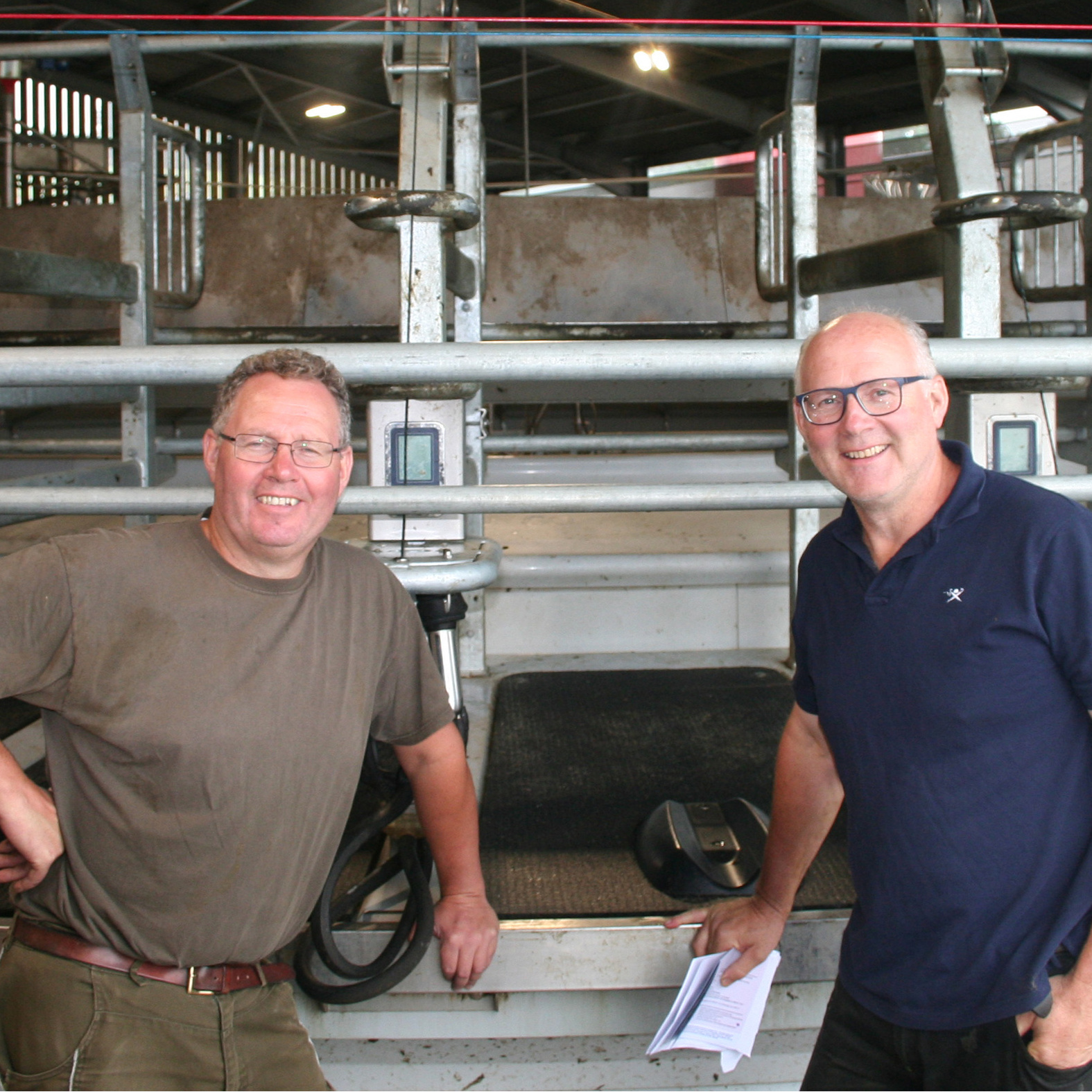 Reliability combined with the right level of technology was definitely at the top of the list for Leo and Giles Rowland when they installed the first Centrus Composite Rotary System in the UK.

The new Centrus is fitted with a high level of Waikato Milking Systems automation options, designed to make life easier for the operator and the animals at milking time.

It included SmartECRs, automatic cup removers with settings to customise the milking routine;

SmartSPRAY, an automatic teat spray system; SmartD-TECT for udder health detection and pulsation as well as Electronic Milk Meters, which provide an accurate picture of how each animal milks at every milking.

Heavy duty bails keep the larger-framed Holsteins in order at milking time while the NaviGATE Sort Gate automatically manages the cows out of the parlour.

More than three years since first milking, Leo Rowland said the Centrus is living up to expectations on their 250-acre farm in Denbighshire, North Wales.

“We’ve had remarkable performance with very few problems with the Centrus.”

Leo said the cow-to-bail animal ID is proving to be valuable, as are the Electronic Milk Meters, recording data on each cow to help make better decisions for the herd.

The Centrus also has bail displays at each point which show real time milking information, alerts and manual options to draft or retain cows.

“The Centrus will handle that with no problem, in fact it will probably be just another turn or about 10 minutes extra.”

The farm is now milking three times a day and supplies to Müller Milk.

Milk production has increased about 1000 litres since the farm switched over to the Centrus.

Leo said interest in the Centrus was keen when it was first installed and many people came to see it work.

“We had a lot of people in the first 18 months as it was the first of its kind here.

“Waikato Milking Systems was considered a bit of a wildcard but people were very surprised when they saw the Centrus working and its capabilities.”

Leo said straight away people could see it was “built better” than any other parlour.

“We had a few people working a grass-based system come and see the Centrus to think about how far they could use a milking system like this.

“We always say of all the things you could want to spend money on, it would be the Centrus deck, because it will outlast anything else.”

The Centrus deck is lightweight but very strong, which means there are fewer maintenance costs over the life of the system.

The deck operates very quietly, reducing noise in the parlour helping the animals settle in quickly. It is also fitted with rubber mats which provides better comfort for the cows while they stand during milking time.

The rubber mats also eliminate noise from the cows’ hooves, compared to a traditional steel or concrete deck.

The deck is chemical and effluent resistant, and washes down easily.

“We could give it a good wash down today and it would come out looking brand new again.”

Milking can be completed within two hours, with two people.

“We could milk with one person but with two, it’s more comfortable.”

Leo said installing the Centrus was also a “lifestyle choice” for him and his brother.

“We could have stayed milking in our horrid little parlour we had before and paid someone to milk.

“But putting in the Centrus we partly did for ourselves, it wasn’t just a business decision.”

Leo said those looking to install a new milking system should “reconcile with the fact” it is going to be an expensive exercise.
“So you need to pick the right system and it is worth spending a bit more to get the right kit. You only want to be doing this once and getting it right the first time.”

*Waikato Milking Systems will be at this year’s UK Dairy Day, at site H238. For more information, visit: www.waikatomilking.com 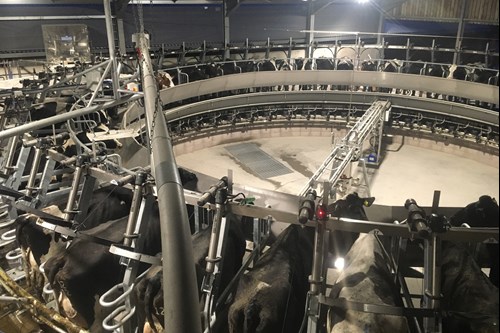 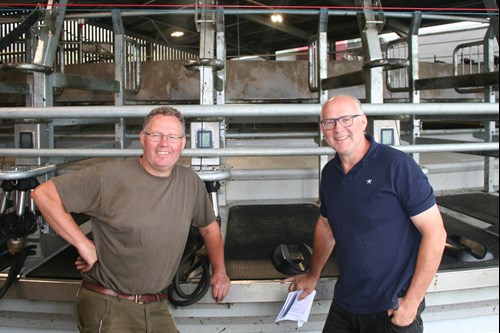