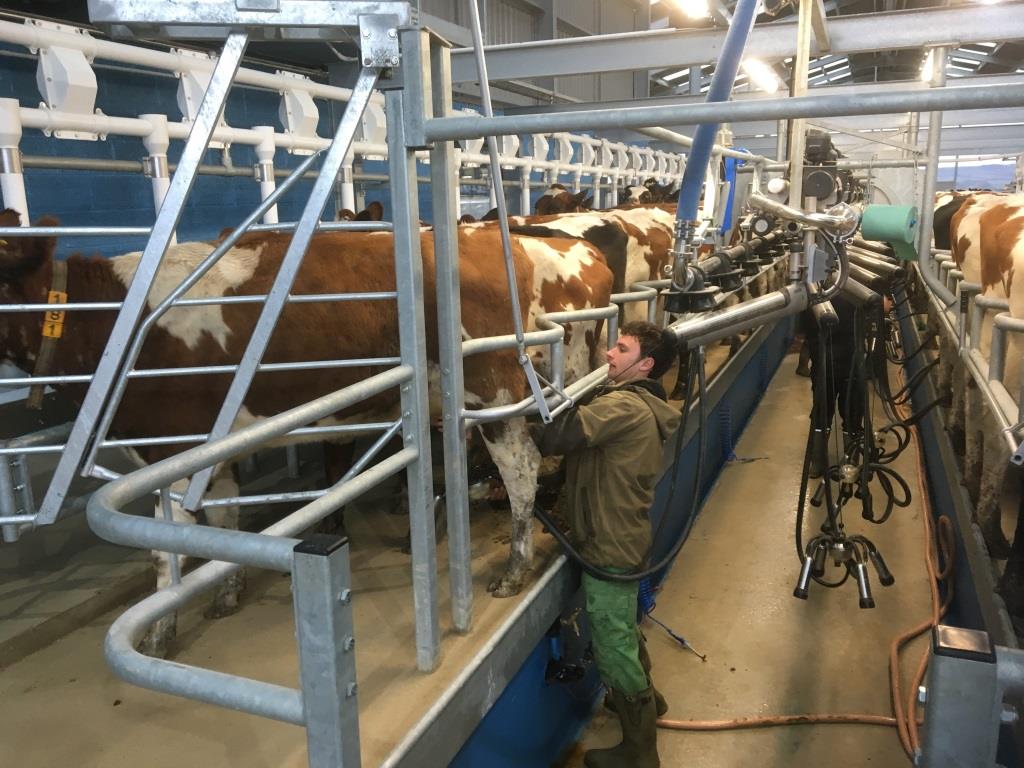 The Barnes family have been running their dairy operation in Melton Mowbray since 1940.

So when it came time for the fourth generation to take over, a new dairy parlour was needed with a few specific must-have features.

At the top of the list, it had to be set up for single-person milking, it had to be efficient in terms of time, labour and running costs but also it had to be a simple, reliable system.

That’s what Jane and Mark Barnes went looking for over a year ago when the family decided it was time for son Harry, 22, to take over the dairy farm in East Midlands.

“As the original farm buildings were in the village, we decided to build a brand new dairy unit for Harry, out of the village.

“Harry had milked in a couple during his college years, and he replicated the 24/48 Waikato Milking Systems Supa 4 herringbone in our new set up, for single-person milking,” Jane said.

The family decided on three key technology options to add to the parlour.

It included the Swing Arm ACRs, the automatic wash system and the variable speed pump.

“We were the first UK farm to install the new Swing Arm ACRs. We had ACRs before, so we were used to them. It’s especially handy to have now as there are 24 units on the new parlour now not 12.

“The variable speed pump keeps the energy costs to a minimum so that’s a no-brainer.

“As the auto wash is just pressing a button, the hygiene levels are consistently good and low BactoScan scores.”

Jane said Harry was also happy with the swing down cluster wash system, which lowers the cluster washer so it’s easy to access and manage.

“We have four regular people milking for us as it’s such a simple system, it all works well.”

The family farms 400 acres (161ha) of High Leicestershire grassland in the East Midlands about 1.5 hour from London.

The dairy is currently milking 250 cows, 50 per cent spring calving and 50 per cent autumn

“We currently breed Pedigree Ayrshires but Harry’s not a fan and has since purchased 70  Friesian cross-bred heifers which are now in the milking herd,” Jane said.

Waikato Milking Systems installed the new dairy parlour for the Barnes family in the summer of 2018, when the new farm was being built.

“We moved the cows into the new set up on October 31, 2018 and they took to the new parlour like ducks to water,” Jane said.

“We do feed a small ration in the parlour to entice them in.

“The whole milking process has been easy and efficient both in time, labour and running costs.

“We are thoroughly happy with this simple, efficient parlour which has made the milking process the easiest job on the farm, and everyone wants to milk in it!” 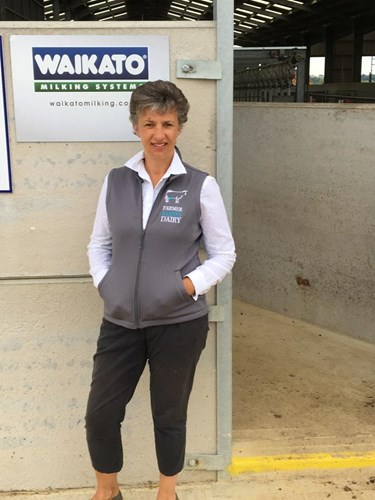 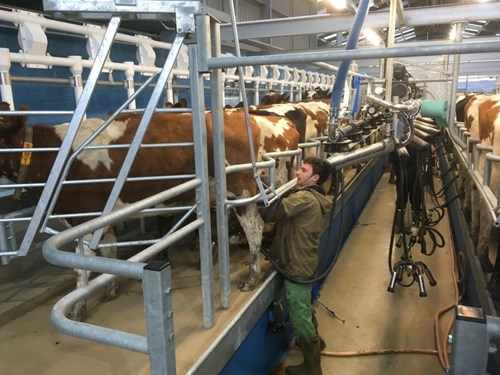 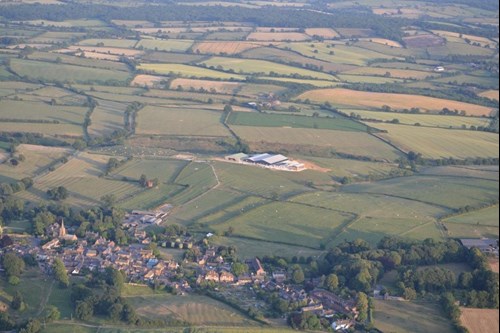 An aerial view of Somerby, bottom of picture, with the new Barnes dairy near the centre.